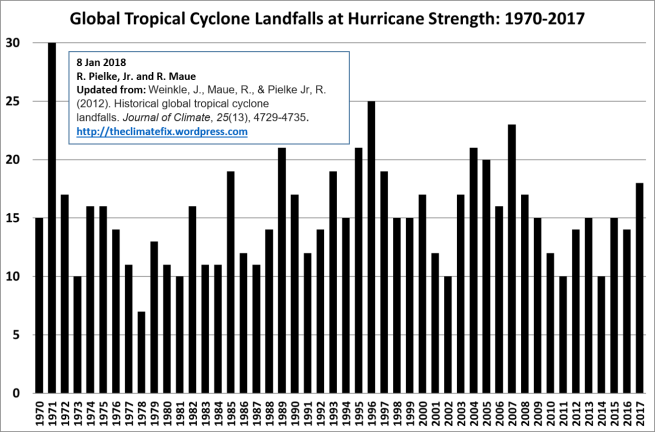 In 2012, Jessica Weinkle, Ryan Maue and I published a paper that compiled data on landfalls of hurricane-strength tropical cyclones around the world. While many individual basins have data further back in time, a reliable global dataset is available from 1970.

Landfalls are important because these are the storms that cause almost all damage. Our dataset is the only such analysis of landfalling storms. The figure above shows the data updated through 2017 courtesy @RyanMaue.

We will update the data again in one year.